Full Member
LV
0
Most of us experience twitching as we fall asleep, a muscle spasm in the arm or leg. It happens during hypnagogia when we transition from wakefulness to sleep.

The hypnic jerks are mysterious and various theories have been postulated for their cause, including it being an ancient defence mechanism from our monkey ancestors to prevent us falling from the tree where we’re roosting!

I’m a past master at self-hypnotising into sleep. Occasionally I’ve experienced one or two hypnic jerks as I drop off, but a few weeks ago, I had scores of them, one after the other, some so strong that I could have knocked someone out or kicked them senseless. I had no particular reason to feel stressed. To get to sleep, I summoned up a really corny image of me laying on a bench covered in kittens & puppies and bunnies and lambs and pretty flowers with butterflies flitting around. That relaxed me enough to drift off.

I mentioned my dilemma to a friend who suffers from insomnia. She stated that I was lacking magnesium in my diet, which I thought unlikely, as I eat plenty of bananas, nuts, dark chocolate, whole wheat bread, rice and kidney beans. Nevertheless, I bought Magnesium Oxide pills, which helped to calm my flailing limbs.

By chance, I noticed that CBD Oil (Cannabidiol) is recommended for controlling muscle spasms.

7 Benefits and Uses of CBD Oil (Plus Side Effects)

My local branch of Boots the Chemist had it on special offer, at £10.76 for a 10ml bottle. It tastes a little earthy, but that’s masked by peppermint flavouring “to avoid the yuck factor” it says on the box. I tried taking one or two drops of it two hours before bedtime, using the pipette, then a couple more at lights out.

To my amazement, it worked, eliminating the twitches completely. It appears to promote deeper peaceful sleep. In the tranquillity, I’ve been having vivid dreams.

I reckon that the 10ml bottle will last me two months.

If you’re twitching, it’s worth a try. 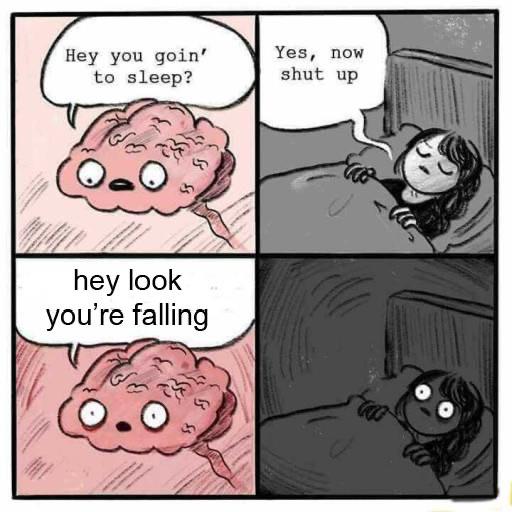 I've gotta get me some of that stuff!

When I was a competitive trampolinist, my boyfriend used to complain because I would kick out of somersaults in my sleep and bruise his legs.

Oh, when are they going to sell it in Australia?

Hannah F said:
When I was a competitive trampolinist, my boyfriend used to complain because I would kick out of somersaults in my sleep and bruise his legs.
Click to expand...

I believe that magnesium becomes more important when you get into middle age, and it's not so much about deficiency, as having a bit extra to help with sleep. I had very restless nights in the early days of the lockdown due to anxiety (which coincided with menopausal racing pulse), and found that taking magnesium would help for a day or two, then the effect would wear off and it made no difference. (Diminishing returns, basically). I found that if I had a really bad night, taking magnesium would ensure I had a really good sleep the next night, though I would then have to wait a few days before taking it again.

CBD worked best for me as a way to chill out in the afternoons/evenings. It didn't help me sleep longer, though it made falling asleep happen faster.