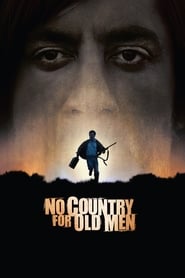 Tagline: There are no clean getaways.

Plot: Llewelyn Moss stumbles upon dead bodies, $2 million and a hoard of heroin in a Texas desert, but methodical killer Anton Chigurh comes looking for it, with local sheriff Ed Tom Bell hot on his trail. The roles of prey and predator blur as the violent pursuit of money and justice collide.

The good guys then, do they win?

I can't tell you. Spoiler alert. But I have said this movie subverts the roolz.

The baddie wins then? Um.

The ending? Has been much criticized, though not by me. It is gnostic, subtle, unusual in the extreme.

This is a truly terrifying murderer, not so much as cruel for the hell of it, as a force of nature.

I love this film! Have watched it about a dozen times. (Don't know what that says about me).

I've seen it twice, but I'll definitely watch it again some time. It's got lots of layers and levels.

LV
0
I realized about half-way through my first viewing of this movie that I'd read the book (well, listened to it on tape) a few years before (the light dawned when Anton's pneumatic cattle gun came out). The Coen brothers' interpretation is just masterful - an example of when the cinematic version can rival or rise above its print origins. "Goodfellas" is another example of that. I suspect I could watch those two movies in an endless loop.
D

Sometimes, it feels to me, some (particularly male) artists get caught in this post-adolescent loop that nihilism is just so fucking cool! The Coens are one of the prime examples of this (along with Tarantino and Thomas Anderson). And this film is just one in a long list of films by the Coens that I found self-indulgent and annoyingly, self-consciously nihilistic. The problem is, when they get into these tropes, you know that everything and everyone in the film is going to turn to shit and you're going to wish you had a warm shower and some Xanax waiting for you at home to wash off all the bleakness.