Font of all knowledge? Researchers develop typeface they say can boost memory 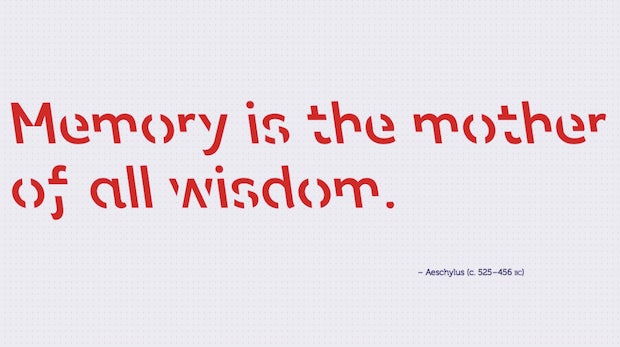 I wonder how readers troubled by dyslexia cope with it.


We discussed font selection last year, in a thread started by @Katie-Ellen Hazeldine, but it's a factor that remains important when querying.

I chose Times New Roman as being the easiest on the eye. It's not without its problems, though, as I found when I first typed the name of a sculptor who appears as a witness in my latest Cornish Detective novel. She's a no-nonsense, six foot tall, heavily-muscled biker of 60, with scarlet hair, colourful tattoos and scarred hands from four decades of pounding chips from granite and marble. I wanted to give her a tough-sounding name, so chose Bekka Burn...which works, but the 'r' and 'n' run together, making it look like she's called Bekka Bum!

Another aspect of Times New Roman that I dislike, is how when using italics, some letters flop onto the next letter, making it look like you've mucked up the spacing.

Typography causes a lot of debate. Comic Sans is the main bone of contention, even though it's commonly used with young readers:

What's so wrong with Comic Sans?

But even Times New Roman gets criticised for overuse:

Times New Roman Is Bad for Your Career

I've made most of my 500 submissions in Times New Roman. A few agents specified Arial, and one weirdo absolutely insisted on Garamond...they stated that they'd reject any manuscripts typed in another font.

Strangely, given the popularity of Times New Roman, the three novels I'm reading at the moment are typeset in Sabon, Minion, and Plantin. I guess that a house style has something to do with the choice of typeface. Many, many publishers no longer specify in what font their books are printed as if it's irrelevant. Dumbing down marches on.

If self-publishing, you can choose whatever font you like, but I'd heed the advice of design experts, such as found on the brilliant blog The Book Designer run by Joel Friedlander, which is well-worth subscribing to:

It's worth remembering when a new novelty font appears, that creative designers are chasing money:

Do you write in a different font to what you submit your query in?

When making preparatory notes for my WIP, I deliberately use different fonts and colours to make important information stand out.

What do you make of the new Sans Forgetica font?

If you designed your own font, what would you call it?

I chose Parsi (from a Persian ancestor) and Pithy (Pithy Words is the name of my company), but they both already exist! So, I went for the Devilheart font—from my original pen name Augustus Devilheart. Hell knows what it would like....

I like Garamond better than TNR. It's elegant and easy. Arial's OK. I studied calligraphy some years ago....no expert by any means, but it's nice to use it now and then, and if I were to invent a font (not happening) I might call it Calliope.

LV
0
I'm baffled by the popularity of times. It looks boring and I don't find it particularly easy to read. My favourite is Lucida sans, which is used by the British National Trust on all their signs and publications.

LV
0
My mainstream favorites are New Century Schoolbook and Palatino. Sans serif fonts are for computer screens. I've never had a publisher or lit agent who make a specification ask for anything other than Times New Roman 12 point.

Allan Hunter said:
My mainstream favorites are New Century Schoolbook and Palatino. Sans serif fonts are for computer screens. I've never had a publisher or lit agent who make a specification ask for anything other than Times New Roman 12 point.
Click to expand...

I'm sure you are right, but why?

I quite like Times New Roman. I use a lot of italics and find it reads well for that.

LV
0
I suspect it is all in service to uniformity -- something to put all the submissions on the same footing in some fashion.

Richard Turner said:
I'm sure you are right, but why?
Click to expand...

LV
0
Do you write in a different font to what you submit your query in?

No. I used to write in Verdana. I don't only use Verdana now.

What do you make of the new Sans Forgetica font?

It's interesting. But it's a decorative font isn't it? No matter what special gimmicks those promoting it might attribute to it ... it's a gimmick.

If you designed your own font, what would you call it?

I have my own font. It's called Scriptina.

However, the team that worked on designing the first British Motorway signs did a lot of research into what fonts were easiest and quickest to read since the signs they were designing had to be quick and clear. They created their own unfussy san-serif font called Transport and they specified the use of both upper and lower case letters rather than just upper case as had been the norm before. This they had found was much easier to read and take in at speed in a variety of weather conditions.

On a side note, the Mark Haddon book, The Curious Incident of the Dog in the Nighttime is all in san-serif. Mark chose this deliberately as the book is narrated by Christopher, a 12 year old boy with Aspergers Syndrome for whom logic and simplicity is everything.

LV
0
Also, for my current work I have several responses and sections originating from an AI machine and for these I have use Courier mono-spaced font to help indicate this.