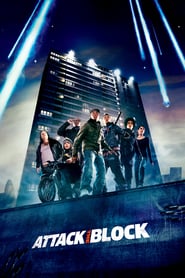 Plot: A teen gang in a grim South London housing estate must team up with the other residents to protect their neighbourhood from a terrifying alien invasion.

I love the sense of place, the delimited, perfectly realized location (even the soccer flag hanging from the balcony is there for a reason), the colorful cast of side characters literally bursting with personality. I love the movie's breakneck pacing and the way it knows how to look good despite the low budget. I love the way it takes a gang of young hoodlums and gradually shows you little flashes of humanity until you care about them. I love this movie..
You must log in or register to reply here.