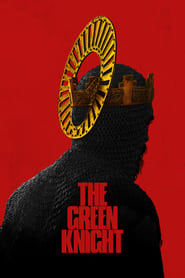 Tagline: When honor was everything.

Plot: An epic fantasy adventure based on the timeless Arthurian legend, The Green Knight tells the story of Sir Gawain, King Arthur's reckless and headstrong nephew, who embarks on a daring quest to confront the eponymous Green Knight, a gigantic emerald-skinned stranger and tester of men.

You may not like it. I was not sure at times how I felt about it. But this film really is something different, a poetic. artistic dream-scape like a moving stained glass window and for that reason alone, deserves attention.

We have here a reworking of an Arthurian legend.

A decidedly un-heroic Gawain (heck, he is not even a gentleman) sets out to keep the bargain he made with the Green Knight...in the knowledge that in all probability he will lose his life.

But whether he dies or not, he finally discovers his sense of honour, and becomes a true knight at last.
You must log in or register to reply here.