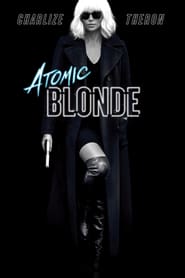 Tagline: Talents can be overrated.

Plot: An undercover MI6 agent is sent to Berlin during the Cold War to investigate the murder of a fellow agent and recover a missing list of double agents.

If the writer knew how to generate some actual suspense, and the ending wasn't a bunch of out of nowhere plot twists that weren't set up at all, and Charlize Theron were playing something more than a fetishized wank object, then, maybe, just maybe, this might be a real movie rather than a few decent action scenes sandwiched between outtakes from 20 different spy thrillers pasted together and filmed to look like perfume commercials."
You must log in or register to reply here.
Share:
Facebook Twitter Reddit Pinterest Tumblr WhatsApp Email Share Link
Menu
Log in
Register
Install the app
Top