We’re delighted you’re here! You’re just a few clicks away from joining the ‘net’s oldest community for writers… and certainly the friendliest. Click the “Register” button to create a free account. See you in the Colony!

From the Waste Land 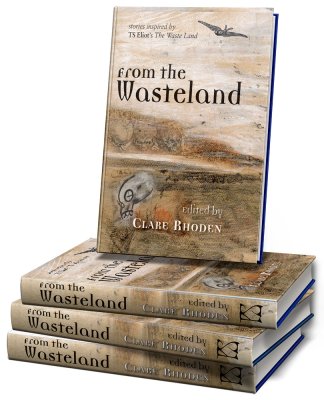 From The Waste Land - stories inspired by T.S. Eliot's “The Waste Land” Plaintive ghosts, deep space, medieval castles, rising seas, parched deserts, abandoned villages…Inspired by its powerful themes—still highly resonant in an era looking for hope—nineteen original tales mark the centenary of Eliot’s poem. From the Waste Land brings together decorated writers and new voices in fantasy; ghost tales, horror, dystopia and science fiction. With a blend of the grotesque and the sublime, the poignant and the horrifying, the sad and the stoic, you’ll find stories that conjure wastelands from the 1500s to many centuries hence. You’ll also find the hope for humanity and the belief in our joint future that these writers seek for us all.

Available in jacketed hardcover as well as a signed and numbered edition (limited to 100 copies).

Buy link: From The Wasteland [Hardcover] edited by Claire Rhoden