We’re delighted you’re here! You’re just a few clicks away from joining the ‘net’s oldest community for writers… and certainly the friendliest. Click the “Register” button to create a free account. See you in the Colony! 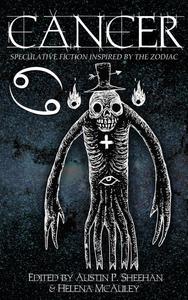 The medical breakthrough of the century allows the curing of all diseases, but comes at a cost. A diver makes a discovery under the sea that changes his world. Aaralyn, the young Keeper, is called upon to defend the Mermaid Kingdom.

CANCER is a collection of twisted poems and dark stories inspired by this fascinating Zodiac sign, as well as retellings of the myths behind the sign. The tales span multiple genres, including science fiction, horror, and fantasy, and are told by award-winning authors and new stars of the Australian and New Zealand speculative fiction scene.

(Featuring my short story "Karkinos", which was beta read by Litopians )

Liked most of these stories, especially Karkinos!